easyJet, and Virgin Atlantic have joined up as new airline partners to provide a new connections service  ‘Worldwide by easyJet’.

“We have been delighted with the appetite of partner airports and airlines to expand Worldwide across our network and continue to broaden our focus to launch more airline partners and add connectivity to more of our biggest airports. Tens of millions of connecting passengers travel each year with journeys which begin or end in Europe.

“Because of easyJet’s reputation for great customer service and our strong positions at Europe’s leading airports, a large number of different airlines as well as airports have been asking to work with easyJet for some time and we expect to announce more partners in the coming months.”

“Virgin Atlantic is committed to working with the best possible global partners, to offer industry-leading choice and connections for our customers.  easyJet’s unbeatable Gatwick network, combined with a shared customer-centric ethos, makes them the ideal fit for us.   We’re delighted that customers across the UK and Europe will be able to enjoy more choice when connecting onto our flights through Gatwick and we look forward to welcoming them on board very soon.”

Earlier this month easyJet announced that Singapore Airlines and its low cost subsidiary airline Scoot will join the ‘Worldwide by easyJet’ global connections service, connecting easyJet customers with South East Asia with Singapore Airlines via Milan Malpensa airport and with Scoot through Berlin Tegel. The service is expected to be available within the coming months.

easyJet will continue sign up other airlines to ‘Worldwide by easyJet’ during 2018, with talks progressing with middle and far-eastern carriers amongst others and the airline also plans to expand to other key easyJet airports in Europe.

‘Worldwide by easyJet’ launched in September 2017 enabling customers to connect easyJet flights through London Gatwick to long-haul flights, with launch airline partners WestJet and Norwegian.  This quickly expanded to Thomas Cook Airlines, Corsair, La Compagnie and Loganair and the connections platform was extended to Milan Malpensa airport in December 2017.

In March 2018 easyJet announced that it was extending its ‘Worldwide by easyJet’ connections platform to Berlin Tegel, Venice Marco Polo, Amsterdam Schiphol, Paris Charles De Gaulle and Orly and Edinburgh airports. Venice and Berlin Tegel are now fully operational meaning that, combined with the connections already announced through London Gatwick and Milan Malpensa, over half of the airline’s flights – and 53 million easyJet customers a year - will be able to connect to airline partner services and other easyJet flights in a single booking through easyJet’s digital booking portal.

It is the first global airline connections service by a European low fares airline. Worldwide by easyJet offers self-connect and sales partnerships through a digital, virtual hub simply and efficiently.

easyJet has leadership positions at more of Europe’s major airports and flies on more of Europe’s 100 largest routes than any other airline which makes it the most attractive European short-haul airline partner. The introduction of this disruptive product opens up new 70m market segment for easyJet.

All of this connectivity has been enabled by technology partner Dohop whose innovative platform allows easyJet customers to book connections and forward flights on easyJet.com.  Worldwide by easyJet will also allow easyJet passengers to connect with other easyJet flights through partner airports.

Worldwide by easyJet does not impact easyJet’s punctuality, its asset utilisation or operating model. The airline will not hold flights for connecting passengers. Worldwide by easyJet is subject to a 2 hour 30 minute ‘Minimum Connection Time’, which will give customers plenty of time to transfer between flights and/or terminals. Should a passenger miss a connecting flight they will be transferred to the next available flight.

Detectives are investigating after a police officer was seriously assaulted while responding to a breach of the coronavirus regulations.
Bedfordshire’s Police and Crime Commissioner, Kathryn Holloway, has used the incident as a catalyst to renew calls for people to maintain social distancing and stay at home if they can.
Some 20 people were at the party in Underwood Close, Luton on Saturday night (13 June) when officers responded.
As they attempted to break the gathering up, one of the two police officers had a drink thrownin his face by a man and was then hit over the head with an object.
The officer required treatment from paramedics at the scene and was taken to hospital, where he received stitches to his head wound.
The other officer also suffered minor injuries.
“It is outrageous that a police officer who was acting to protect the wider public with regard to the deadly risks presented by the coronavirus should have been attacked and injured in this way,” said Commissioner Holloway.
“We …
Read more

Parking for visitors and patients at the Luton and Dunstable University Hospital will get a welcome boost by the end of the year, as work gets underway on a new four-level car park on the footprint of the existing Lewsey Road car park.

The new car park will double the current provision for patients and visitors, and also provide more accessible parking as well as bicycle parking for patients, visitors and staff.

The new design will also improve the flow of cars, and reduce queuing and congestion on Lewsey Road.

The existing main visitor and patient car park (on Lewsey Road, opposite the main entrance to the hospital), will be closing on Monday 13 July.

Alternative parking will be available on site, in Farringdon Fields, off Calnwood Road. The Trust is reallocating staff spaces for the period.

But overall numbers may be limited so the Trust is asking patients and visitors not to bring their car if they can possibly avoid it, but to be dropped off instead. A new temporary drop-off point…
Read more

In a letter to their supporters Campaign for Protection of Rural England (CPRE) urged ”pressure to be put on local decision makers” to demand a rethink about the A6-M1 Link road. The letter, of 18 June 2020 addressed from Lois Wright, Manager, CPRE Bedfordshire reads,

“This is our last chance to stop the A6-M1 Link Road so will you join us in demanding a better deal for our Bedfordshire countryside?
“The need for economic recovery post COVID-19 has been widely welcomed as a chance to build a healthy, green and fair future for all and we are hopeful that this will include a review of spending and road building. But we need to put pressure on our local decision makers NOW and demand that they think again about the A6-M1 Link Road for the following reasons:- “THE DESTRUCTION OF OUR COUNTRYSIDE This road runs alongside an Area of Outstanding Natural Beauty – the Bedfordshire Chilterns and will be entirely within the Green Belt and beside 2 Ancient Woodlands. These are vital parts of our “Natu…
Read more 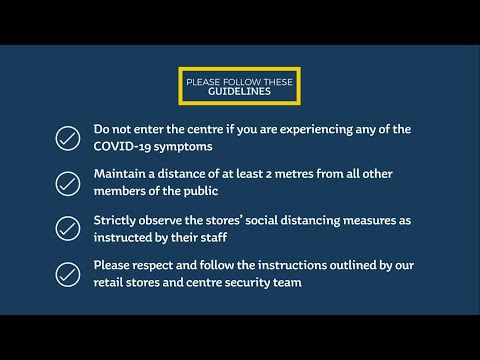 On June 15 many more shops are expected to re-open and Luton Mall is preparing to make sure the area is kept safe.

Up until now, during the pandemic, only essential shops could open, but Prime Minister Johnson has now announced that all non-essential shops in England will be able to reopen from 15 June as part of plans to further ease the lockdown.

In a company statement, Luton Mall has said, “During this difficult time, we are placing the utmost importance on the health and safety of our guests, customers and employees, working within the confines of directions from the government.  The centre remains open to allow our guests and the local community to benefit from the essential services, which remain open to the public.

”So that all our guests can continue to safely benefit from these essential services please adhere to the government’s guidance on socia…
Read more
Luton local news and events for the town of Luton, Bedfordshire, UK. Editor Alan Winter.